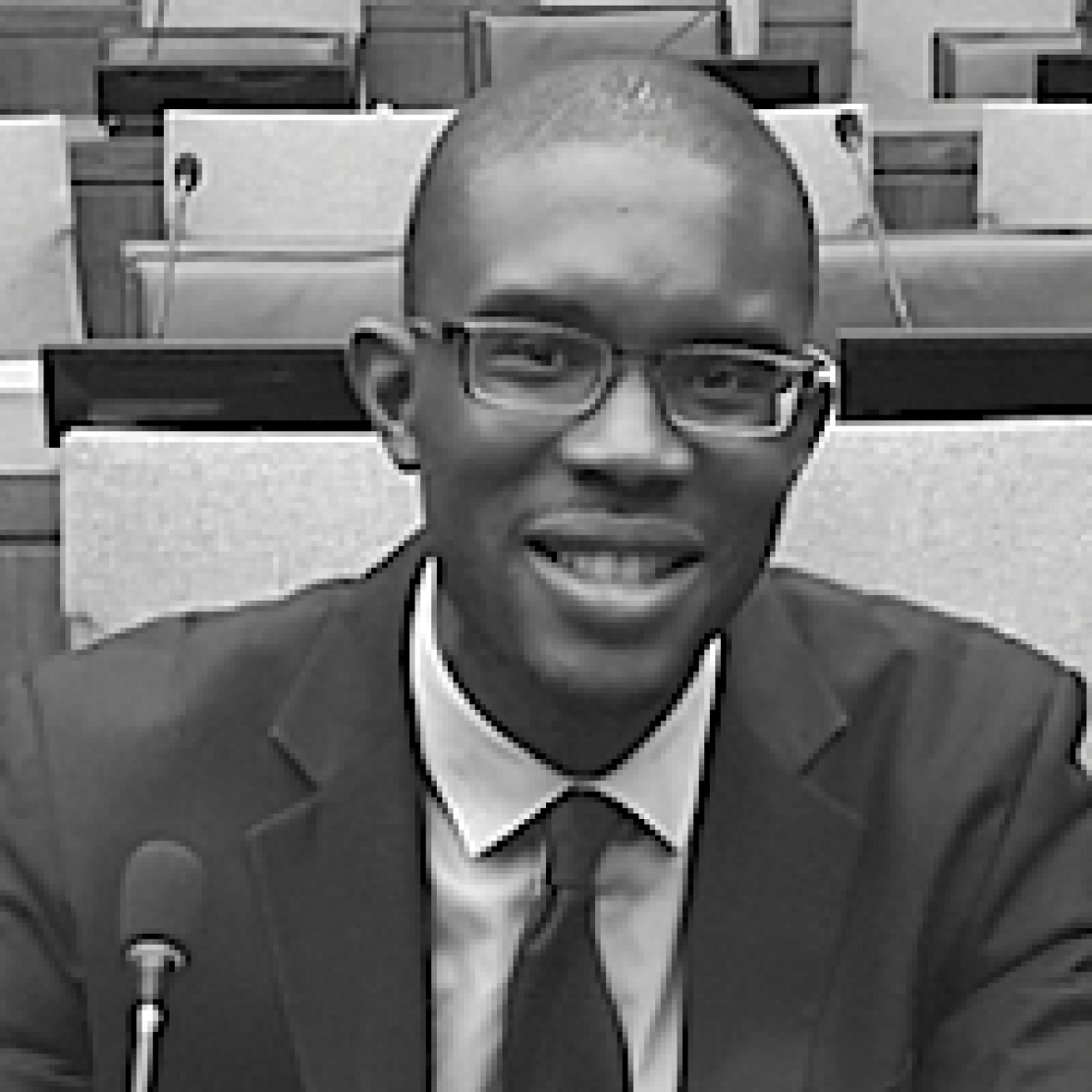 Growing up, I’d imagined myself becoming a doctor and eventually working in a clinic in West Africa, as my family is originally from Nigeria.  But at City College, I realized that a pre-med program wasn’t for me; I actually discovered that I had great interests in history, politics, and economics, and wanted this to be the focus of my coursework.  So I switched my major to Econ, in part because of the links between economics and public health.  My Watson helped me explore that relationship in radically different professional contexts—and question who I really wanted to be.

My first internship, at the International AIDS Vaccine Initiative, was inspiring from day one. I was surrounded by people who had marched in the 80s and 90s to draw attention to HIV/AIDS, who had seen the impact of the disease around the world, including here in New York, and who were determined to bring urgency to global efforts to treat and eradicate it. There was little discussion about an HIV vaccine early on; we didn’t even know if it was possible to create one. But IAVI wanted the global community to meet the challenge with the same determination with which it once fought—and beat—polio. As one of a five-member communications team in an organization of about 40 people, I wrote press releases, made phone calls, and did basic research and website design via the (pre-social media) Internet, leading up to the first-ever special session of the UN General Assembly on HIV/AIDS. It was exciting work, and I liked the atmosphere at IAVI: it was purposeful but informal. My co-workers valued my perspective and made me feel part of the team, and I realized the importance of a big, ambitious, goal for an organization: it creates its own momentum. There still isn’t an HIV vaccine, but there’s a global alliance working toward one, and IAVI helped bring it into being.

“My Watson helped me explore the relationship between economics and public health, and question who I really wanted to be.”

My summer at Standard and Poor’s, a powerful ratings agency that assesses the financial health of companies, cities and governments, was a huge contrast to IAVI. On the one hand, it dovetailed nicely with my econ major; I did “general reporting”, researching macroeconomic trends in whole sectors of the economy (like the auto industry) in a sense that was anything but theoretical. But it was also a strange time to be on Wall Street. It was less than a year since the World Trade Center attacks; there was a tension and uncertainty in the air given how close the S&P offices are to what became known as Ground Zero. Also, the economy was coming out of a recession back then as well. The workplace culture at S&P was conservative and hierarchical, a far cry from the informality of IAVI, and though I had a sense of being engaged in a vast and influential enterprise, I also felt that this wasn’t the world where I belonged. In hindsight, it’s possible to recognize some of the issues that would become major economic challenges in later years, and of course, S&P was part of a system that failed to warn investors about the coming Great Recession. When I think about my internship in that context, it’s a reminder that institutional blind spots are always at risk of becoming self-reinforcing.

The third year of my Watson fellowship was the part that appealed to me most when I applied; I was eager to spend several months overseas. I’d done a brief winter program in China, and another internship at the Rwandan Ministry of Finance had introduced me to the world of international development, but working for Catholic Relief Services in Addis Ababa, Ethiopia, was something else entirely. I had proposed an internship at the African Union concerning researching regional unification in East Africa—heady, policy-oriented stuff—but the Watson Foundation suggested that I step away from that world and see what relief work looks like on the ground. “What we’d like you to do,” the director told me, “is get your hands into things.” I was glad they did. I assisted CRS in administering a new microfinance program they were establishing in Addis. I worked on research and developing marketing materials, especially in support of their goal to reach women and poor families. The most life-changing parts of my internship were trips to observe aid deliveries in the field. I visited refugee camps in the Somali region of the country and saw how even a sack of beans could have a complex economic life; I also saw how wrongheaded the global image of Ethiopia as a famine-plagued basket case really was, given that it has one of the oldest written languages, a booming capital city, and a highly profitable and well-run national airline. Everywhere I went, I met intelligent, thoughtful, decent people who’d had to deal with a level of educational and material poverty I could hardly imagine, and I became painfully aware of privileges I’d taken for granted: the ability to fly in an airplane, the chance at a good education. On a visit to the Amhara province, I often saw children begging—but not for food, money, or clothing. They wanted pens, pencils, and notebooks, so that they could go to school. That image has stayed with me ever since.

“I had proposed an internship at the African Union concerning regional unification in East Africa—heady, policy-oriented stuff—but the Watson Foundation suggested that I step away from that world and see what relief work looks like on the ground.”