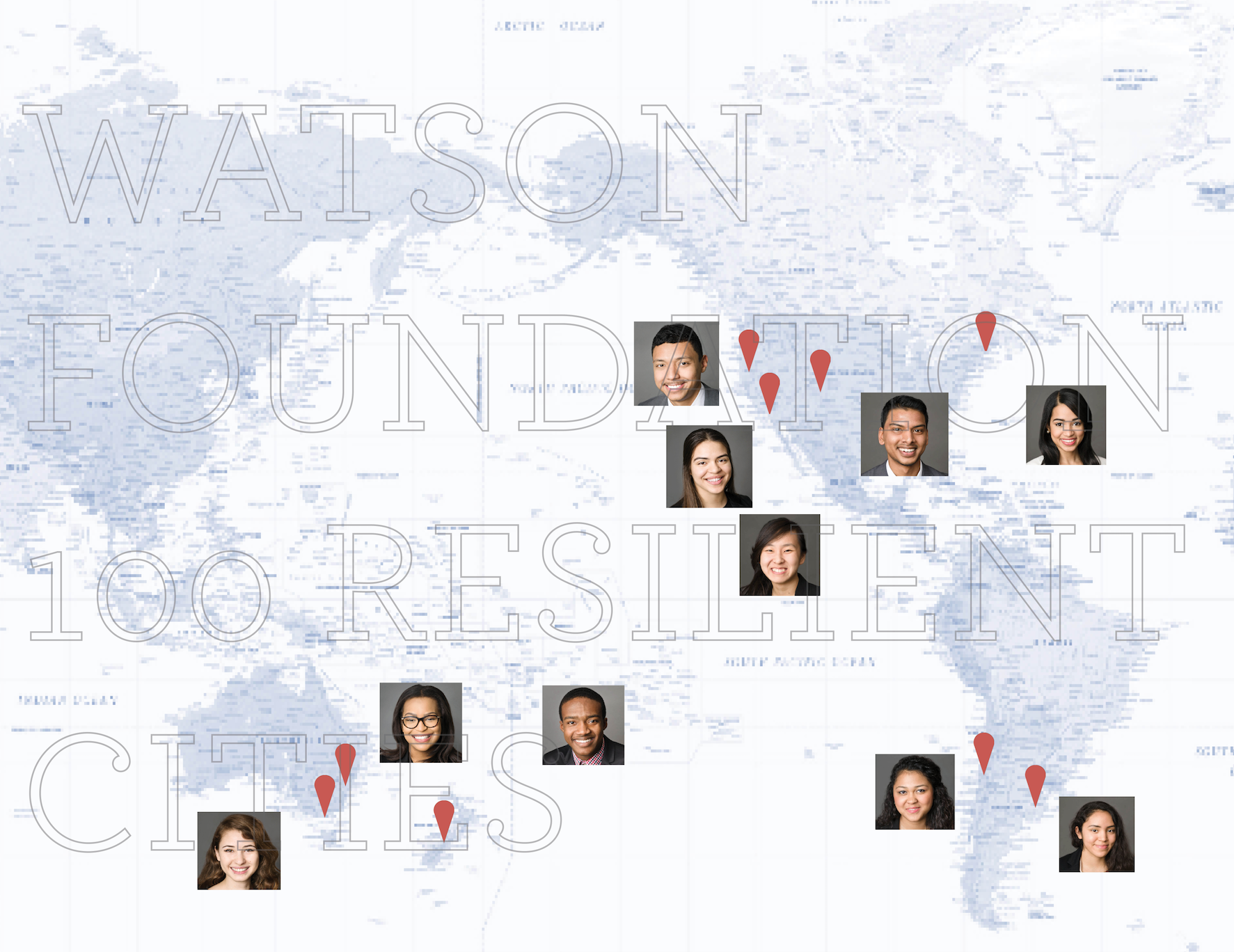 100 Resilient Cities -- Pioneered by The Rockefeller Foundation (100RC) helps cities around the world become more resilient to social, economic, and physical challenges that are a growing part of the 21st century. 100RC was born from a 50 year legacy beginning with Jane Jacobs and leading to the Asian Cities Climate Change Resilience Network (ACCCRN), and just last month celebrated their five year anniversary as the Watson Foundation celebrates its 50 years of fellowships.

The Chief Resilience Officer (CRO) was a position previously unheard of five years ago and is now an integral position in 84 cities, breaking down silos in city governments. Jeannette K. Watson fellows have supported Chief Resilience Officers and their leading cities to develop and execute meaningful, high-impact strategies on the most pressing issues of our time.

For more information about Watson or our work, please contact us.